Hi, my name is Buddy Blake here in Wilmington, North Carolina, and I am the broker and owner of Waypost Realty. And we're a residential real estate firm that specializes in coastal North Carolina. That's all the way from the state line of South Carolina, all the way up through Topsail, Wrightsville Beach, Wilmington, and also all the way up to Jacksonville and even New Bern in some cases. I just wanted to reach out and thank everybody for stopping by last Tuesday for our incredible Pie Day. We had a record number of people show up. It was really obvious folks were really, like us, wanting to be around people once again. And it was just great, never seen so many laughing faces, smiling faces. It was so good to see some folks I hadn't seen in a long time.

And I want to congratulate Tim Denny and his family. We had a drawing from all the folks that participated in our photo booth, which was really cool, and we're going to be doing more with that, in just a minute I'm going to tell you about it. But anyway, congratulation. He won a stainless steel smokeless solo stove that we gave away from a random drawing with my daughter. If you haven't seen it, it's on Facebook. You can click below and get a link and take a look at it. But real quick, I wanted to let you know that we're going to do a contest. Last Christmas we did it, and this week we're going to do it again, starting over.

In our area, there is a movie starting this coming week, and it's only going to be here for one week. It's The Chosen, the Christmas edition. It's going to be at Mayfair Theaters, which is the recliner theater. And I have purchased a block of tickets and I'm going to be given some away. So if you're interested, click below and do the contest. And out of all the correct answers, we're going to be drawing some folks to win some pairs of tickets to see The Chosen movie, the Christmas movie. It was just announced recently and they're really hard to get these tickets, but I've already got them and I just want to share that with folks who are interested in it.

Anyhow, otherwise, there's down below there are some market stats. The market is still very busy. We got a lot of buyers wanting to buy. We don't have many houses and folks don't list as much during this time of year, which personally, I think it's a great time, especially right now in the current environment, because we have such low inventory. It's a great time to stand out. You can always pull it off the market once we get into January or something like that and bring it back into spring. But you can pretty much name your own terms right now. And take advantage of this market condition, because we don't know how long this is going to last. With the low-interest rates, the shortage of inventory, and the high demand of buyers, we don't know how long that's going to last. We do know it won't last forever.

Anyhow, have a great week. I can't wait to see everybody's pictures online of their Christmas decorations and things like that. And if you would, reply back to this and give me some insight into what you think of these videos and how we're doing as far as marketing our company and our area. Thanks a lot. Bye-bye. 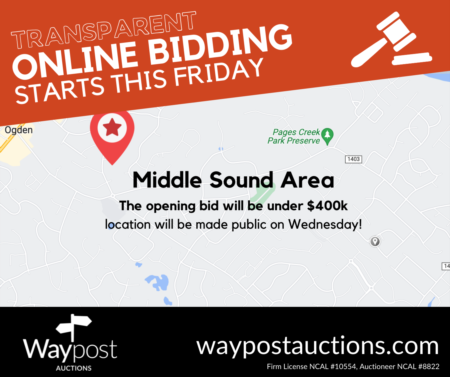 Monday Morning Coffee - April 18, 2022 "It is challenging to live a humble life while consumed with living in the epicenter of the selfie". ...Read More 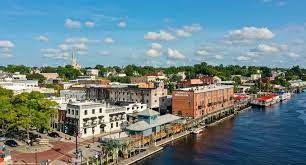