Monday Coffee - It's All CASH To The Seller

In today's market, a buyer utilizing all cash to buy a property can help the buyer win the property when up against other offers with similar terms --- but only if the price and terms are the same or better.  Some buyers make the mistake of thinking if they have all cash that they can buy for cheaper, but whether cash or mortgage - IT'S ALL CASH TO THE SELLER. 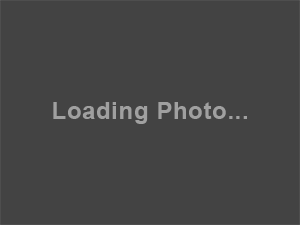 Monday Morning Coffee - March 1, 2021
This week Buddy shares the latest market and absorption reports for Wilmington and surrounding areas. Also, Buddy and his team are looking for new agents who are hungry to learn the business.

Monday Coffee - May 2021 Housing Update
The housing market continues to be "on fire" across most of the US. We are seeing more inventory coming to market as the Summer season approaches and owners concern about rising capital gain tax rates increase.

June 2021 Real Estate Market Review
In this video, Buddy shares the latest news and housing reports, local and national, as of June 2021. Inventory is on the rebound and prices are beginning to relax in many areas.

August 2021 Market Update
In this video, Buddy breaks down signs of the looming shift beginning to happen. New sales contracts locally and nationally peaked in April / May 2021. Is this the shift?

Monday Coffee - It's All CASH To The Seller
In today's market, a buyer utilizing all cash to buy a property can help the buyer win the property when up against other offers with similar terms --- but only if the price and terms are the same or better. Some buyers make the mistake of thinking if they have all cash that they can buy for cheaper, but whether cash or mortgage - IT'S ALL CASH TO THE SELLER.

Real Estate Update Wilmington NC - October 2021
In this video, Buddy Blake, owner of Waypost Realty, shares the latest market reports as of the end of September 2021 and gives his outlook on what may be happening in the days and months ahead.

Seller Home Inspections Will Get Sellers More Money
Buddy Blake, owner of Waypost Realty in Wilmington NC, discusses homeowners in 2022 WILL GET MORE MONEY & DEPOSITS if they take the time and invest in a home inspection BEFORE going to market. Waypost Realty and their agents believe this so much that during the first quarter of 2022, Waypost Realty will pay for the seller's up-front home inspection for any new listing.

Hi. Buddy Blake here, Wilmington, North Carolina coming to you for your Monday morning coffee. I hope you're doing well no matter where you might be. The world is completely upside down. Everything on the news is a mess, whether it's health with COVID or international. Our prayers go out for all the folks that are fighting COVID and families or loved ones that you've lost or are in the hospital. Certainly, our family, our prayers just go out for just everybody around the Afghanistan thing. It's hard to watch that or to hear about it. I can't imagine what's happening and what's going to happen. It's just unbelievable no matter what side of the spectrum that we're on.

But anyway, Wilmington, things are good. Kids are back in school. Public schools started today. A lot of the private schools started last week. So for parents, it's kind of the first time in going on two years where there's a little bit of, it feels like anyway, a little bit of normalcy as far as to schedule and kind of being able to make plans to do some stuff. Obviously, next month, the schools in the Northeast start going back to school. So we're still got vacation season here for a few more weeks. It's been a really busy summer. It's been one of the busiest summers on record for us.

Things have slowed down some. We are seeing fewer purchase contracts across the board, but still in certain price ranges, under 400, it's still, especially if it's in the ones and twos, it's crazy still. But we have seen some people pulling back just because a lot of people have made the decision of what they're going to buy and they've already done it. Interest rates are still phenomenal, between two and a half and 3%, in most cases 4.30, which is crazy.

Our in-house mortgage guy, Paul, is doing an amazing job of helping people. Even if he doesn't get the loan, he's able to help them get better rates and better deals from the lender they're going through because he basically takes a look and gives you a nice little comparison. Being that he's in-house and we own part of the company, we're able to do that service for free for our clients, whether they use him or not. So it's a great system.

But what I'm coming to you for today is we're starting to see some people that don't understand that when you're a buyer, especially some investors and I should say newer investors, a lot of people are coming in with cash because they sold something elsewhere. They have this assumption that because they're cash, that they are going to get a better deal or going to be able to get it for less money than somebody buying it with a mortgage. Just understand that to the buyer, it's all cash. It doesn't matter. The only time cash makes a difference is if you've got two offers that's pretty doggone equal or similar, and one's a mortgage and one's cash, the seller might say, "Well, I don't have to go through the appraisal process."

But do keep in mind, cash buyers sometimes, especially as the price gets higher, could still do an appraisal. They have the right to do an appraisal. I mean, they're paying for it. They don't have to. It doesn't happen in most cases, but we've seen that in some situations because they don't want to buy something that is not worth what they're buying, especially if they're not from here. So please, please, please. Unfortunately, some of the investors are coming in and they're doing it and they're making offers 10% less than asking, or even 2% less than that, or anything less than asking in some price ranges, and they're having to learn it the hard way.

So just know that cash doesn't mean you're going to get it for less right now. It may mean you get it if you're on par with the other offers because the seller may feel better or the listing agent may feel better too. But just know that that doesn't mean you're going to get a discount. It's just probably not going to happen in this market. There'll be a time when that does make a difference again. But right now, we're not in that time and we got a long way to go. Is the market moving towards more of an equal market? Yes. But just to understand, we're still deep into a seller's market.

Even though things have slowed some, and most of that's because we just don't have the inventory. If we had the inventory, we'd have sales contracts. So anyway, I just wanted to get that out there because there are some people that just don't understand that it's all cash to the seller. It doesn't matter. It's all cash to the seller at the end of the day. Whether it's a mortgage company or a buyer, they're getting money at the end the same way.

Anyway, I just wanted to get that out there, and also let you know, we've got some upcoming events coming up in September that we're going to be doing. Then as we head into fall, we're going to be doing some fall events again, which is exciting. But if you have a need for real estate or just information, selling, buying, whatever, or refinancing or purchasing and getting a mortgage, give us a call. Reply back to this email. We would love to help you and your family in any way we can. Again, our prayers go out to everybody for everything that's going on.

I forgot. The hurricane hitting the Northeast. How often does that happen? Holy cow. So just everything that's going on. We're just, prayers, deepest prayers, and just sympathies. Just know we're thinking about it. We're all going through a mess, so. But stay strong. There's light. If you look around, there's always light available. Light is always available even in the darkest hour. Thank you so much. Have a great week. I look forward to chatting with you soon. Thanks. 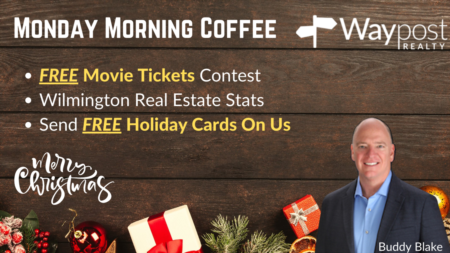 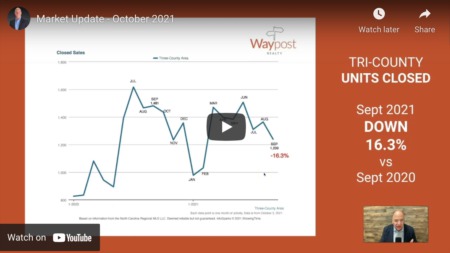 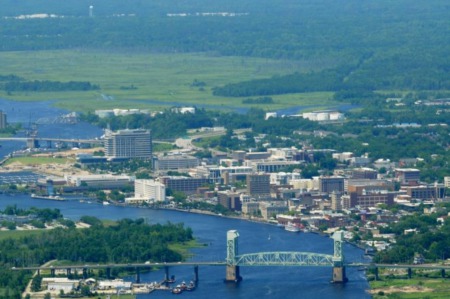 WILMINGTON NC - In this video, Buddy Blake of Waypost Realty breaks down the latest trends in the real estate and housing market for Wilmington NC, ...Read More