Don't Be Scared to Sell Your Home

WILMINGTON, NC - As you may have read, Wilmington, North Carolina is the number one inbound city in the entire United States. What that's done is, just keep in mind, we've had a tremendous amount of people relocating here, buying second homes here, and investing here. Our inventory levels, houses that are available are incredibly low. What's happening right now, we have no houses to sell in our area. Very few houses, I should say. I'm mean, give you an example, average days on market of a sold house in a normal market is somewhere around 90 days. Well, right now, for homes that have sold in the Wilmington market, actually sold, not the ones that are on the market, but the ones that have actually sold in nine days.

And I give you an example, a house hit the market, another agent in our area listed it over in a neighborhood, Pine Valley, within an hour of it hitting the market cars were already lined up with showings. It was a vacant house, cars were already lined up. The listing agent said they had multiple offers already. And that's kind of what's going on. You say, okay, well, it's a good thing, but it's also a struggle because we have thousands of buyers that are looking to buy. Not just out of town buyers, but also people that already live here. But here's the problem, the pain point that we've got right now is it's not, can my house sale? Will my house sell? It's, my house will sell faster than I might be able to find something. So that's our new pain point. I don't want to put my house on the market because I don't know where I'm going, and there are very few rentals available and there are very few homes to choose from.

So what we're doing is, we've put together a really cool strategy and it's already worked on a number of cases. We just rolled this out. But what if you're a home seller, you want to take advantage and get your money at the peak market we've ever seen with the lowest interest rates so that you can get your money out of your current house, and then you can go buy something and you take advantage of these low-interest rates to upgrade, downgrade or whatever your choice may be, or buy multiple properties? We've had people selling their existing home for hundreds of thousands more than it was worth a year or two ago and they're buying multiple properties, one investment property and one to live in for the same payment. What if we could give you a way where you put your house on the market, you sell it, and part of the transaction is we, as your agent, would require them allowing you to live in that house after it closes, so you got your money, until you find something to move to?

That's really the good solution that we've put together in a number of cases. And it's one of those deals, it's not complicated, it's just if you don't ask for it, you don't get it. So we're starting to do that on a number of our properties that we put on the market. So if you're one of those sellers that are out there and you're like, I want to put my house on the market, I want to take advantage of this reduction of inventory because there are buyers that are willing to pay more than what my property might be worth, in some cases, I want to take advantage of that, but I just don't know where I'm going. Well, we've got a solution for you.

We'd love to have a conversation with you about it because there are some things you got to work through, but we'd love to have a conversation and kind of show you how we can do that. And we've done this already. And it makes it for a really nice transaction but you're able to take advantage of it. Because here's what's going to happen at some point, I don't know when that is, when foreclosures are able to happen, you're going to see a lot of properties hit the market that are bank-owned. When evictions start to happen, you're going to see an awful lot of people, the landlords that own those houses, they're going to be done renting houses. Soon as they get the tenant out, they're going to put that house on the market, and there going to be a flood coming into the market, which we need a flood right now.

But at some point, it's going to change the market dynamics, and you're not going to be able to have the feeding frenzy on your property that you might get in the next few months. I just want to throw that out there because it is a pain point for sellers, and it's a pain point for buyers because there are buyers that want these houses. And buyers will wait now. Sellers command it. Buyers will wait in order to move in as long as they can get a house that they want. So just keep that in mind. 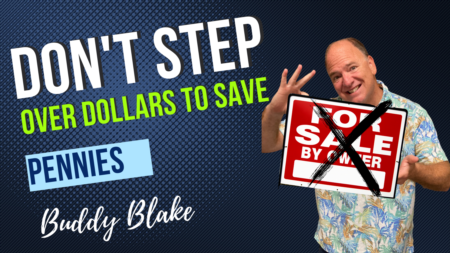 Don't Step Over Dollars To Save Pennies 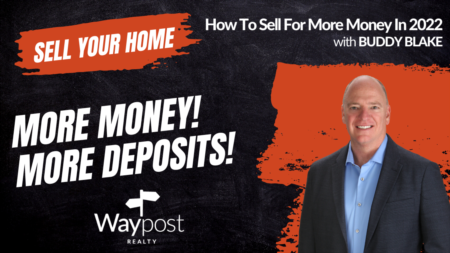 WILMINGTON NC - Buddy Blake, owner and broker in charge of Waypost Realty, discusses how home sellers will GET MORE MONEY & DEPOSITS by having a ...Read More 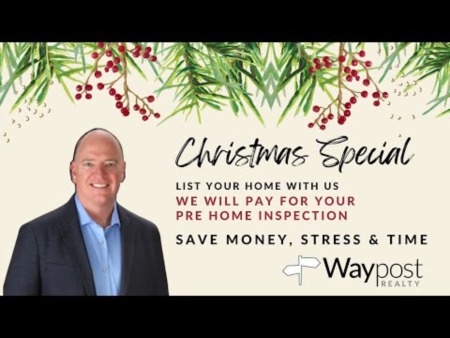 Hi, my name is Buddy Blake with Waypost Realty. And in this video, we're going to be talking about our December Waypost special for people that are ...Read More